I did not speak at the funeral service for Norman because I could not stop crying. I will speak now that Dec 19 marks one year since I lost the man that fulfilled my life. Norman and I wrote poems to each other which we read at our wedding. As I read them now I see I was known to him when he married me. We delivered on promises made and did the best we could to correct mistakes made when we were younger, and less wise. We were matched in spirit and both loved God as children and God guided us back to the path when we got lost. In the last year and a half of his life Norman prepared me for his leaving and helped me ,when I needed help. I was finding being isolated very difficult. Norman would cope by going inward and speak less, and I do the opposite. He understood and changed his way of expressing his love and did it in my language. He told me many times what I meant to him, and that I was the love of his life. He sang me songs when his voice was already weak, as he tried at this Birthday Party I gave him, when he turned 90 and Linda turned 80. All children, grandchildren and my Florida family were here. We all joined in to surround him with our love.He ate at the bedside that day, since the emotions got the best the of him. Little did any of know just how isolated Covid would make us the last year and half of his life on earth. He stepped up as the spiritual leader and had me order a book to meditate with from the 15th Century used by the Religious Orders. I went through it several times since then, and it still challenges me. He had me pray the Rosary he gave me. He began praying  with me every night before going to bed. I copied the songs he sang, and to my surprise he knew them all by heart, since he sang them as a child with his grandmother who played the mouth accordion.

Norman Fuller was an amazing human. I had the privilege to have him for 39 yrs and some months . I have had a hard year since I miss him so much. He studied languages, theology, philosophy, history, science,  public health, business, poetry, art, and dance. He was 5th in his Presidency in India and got two scholarships, and went to school despite his stepmother wanting him to go to work. He worked with the team in France that won the Nobel Peace Prize in Medicine for their work in Immuno Chemistry. If he had not had the funding cut off when he was at John Hopkins, maybe we would understand better how our immune system works,  The USA went where the money was, and that was in drugs. He was not interested in that so he changed and got a MS degree in Public Health Administration. He struggled to keep his integrity and support the family. He made  many job changes. He struggled to economize and put together the money to take care of all of us, the best he could. We worked well together and he leaves huge shoes for me to fill. He was super smart and very steady, and made decisions easier than I do.

I remember that Norman Fuller saw me for who I really am, and loved me for the entire 39 and half years purely and truly. He saw beauty in nature and God’s creation. I loved his sharing it with me. He loved beauty in scenery and knew the names of animals, flowers, butterflies, and never forgot someone’s name that he met. He loved beautiful sounds in music and adored dance. He loved watching dance and dancing with me, and anyone who could really dance well. He loved food and parties and reached out to all his friends and family around the world. He worked hard and saved to do things that mattered to him. Visiting and bringing family together was high on the list and we saw many of around the world. We traveled when he retired and took 3 and half yeas off to do it with him. He had an eye for beauty in women and the things they love to wear and the jewels to match. He dressed well and loved picking out my clothes, as did not have that knack  I got lots women’s compliments on what I wore after Norman showed up. He was kind and slow to criticize. . He kept s lot to himself and was a highly disciplined person. He was  very orderly with himself and his things. He cared less what others think than I do.

He thought me a lot as he prepared me to go it alone, and I am grateful. I now understand what it means when two become one, and why widows are so often mentioned in the Holy Bible.

I am completing a chapter in my life.I will make a change by selling my house and moving across the state to Lake Seminole Square to be near my brother Fred and wife Lisa and family. I will be in Independent Living there .The move is pulling up deep roots I have to St Augustine and Jacksonville, but I feel it is easier while I have health and strength to do it. I learned time goes by so fast. God is with me and will help me find my next mission. 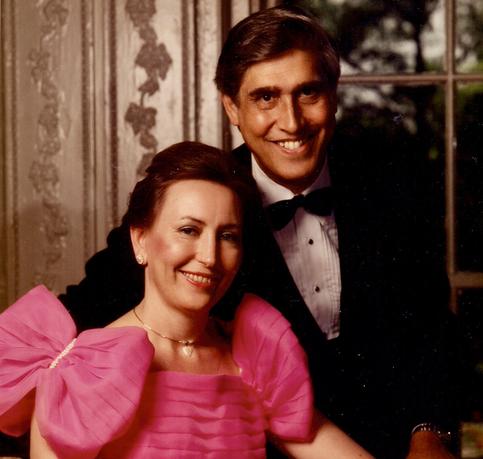